Weighing In On The Head And Neck Mike Gittleson was the Director of Strength & Conditioning at the University of Michigan for 30 years and was a part of 15 Football Championships in that time. He explains:

Some of our greatest moments in coaching have nothing to do with success on the field of play. They are often more liken to do with the camaraderie built in unexpected moments as we prepare for victory. These foundations of lasting memories and friendships unknowingly influence the directions we take in our lives. Mine in recent years has been to assist in the development of tools and dissemination of knowledge for the safety of the athletes in the sport I love.

The normal head weighs between 12 and 20 pounds, and recent studies continually reinforce the fact that head circumference correlates with body size. Size and shape matter for fitting hats, or helmets, or any item that graces your head. Manufacturers go beyond letters and numbers for fitting, they add head shape verbiage such as 'long oval,' 'intermediate oval,' and 'round oval' to give further description to measurement.

Yet, in modern day athletics the numeric correlation of circumference and body size is far from correct. Though the cranium remains genetically normal, often players are asked to and do gain enormous amounts of muscular weight to augment their prowess on the playing field. This distorts the relationship between circumference and body size. And at a glance head shape and size becomes skewed to the viewer as the normal head now graces an abnormal heavily muscled body.

One summer, just prior to warm-ups for a football conditioning session, I walked on to the field to find the players huddled in a huge spirited somewhat heated debate. The argument was of all things who had the biggest head. Unannounced to the group muscle mass was actually interfering with sound judgment in discerning the facts.

There was a clear division among the players. The student-athletes were taking sides in the argument. Not only was this a lively debate, I might add, it was getting quite animated with these aggressive young men and getting testy. It was obvious to me the dispute was not going away and would affect the focus of our running workout. I needed to take action, so I walked into the middle of the group and authoritatively said, ”Okay men, lets settle this issue." "Inside!" and pointed.

I took a clipboard and pad and we all filed into the weight room, about 70 athletes. We crowded around the old Toledo scale that graced the entry way. Some stood on benches. Each man subsequently was required to lay down and rest his head upon the scale. We were about to weigh everyone’s cranium. This was becoming more than an argument about size, suddenly it also had to do with what gray matter was inside the skull. It was college, brains mattered! 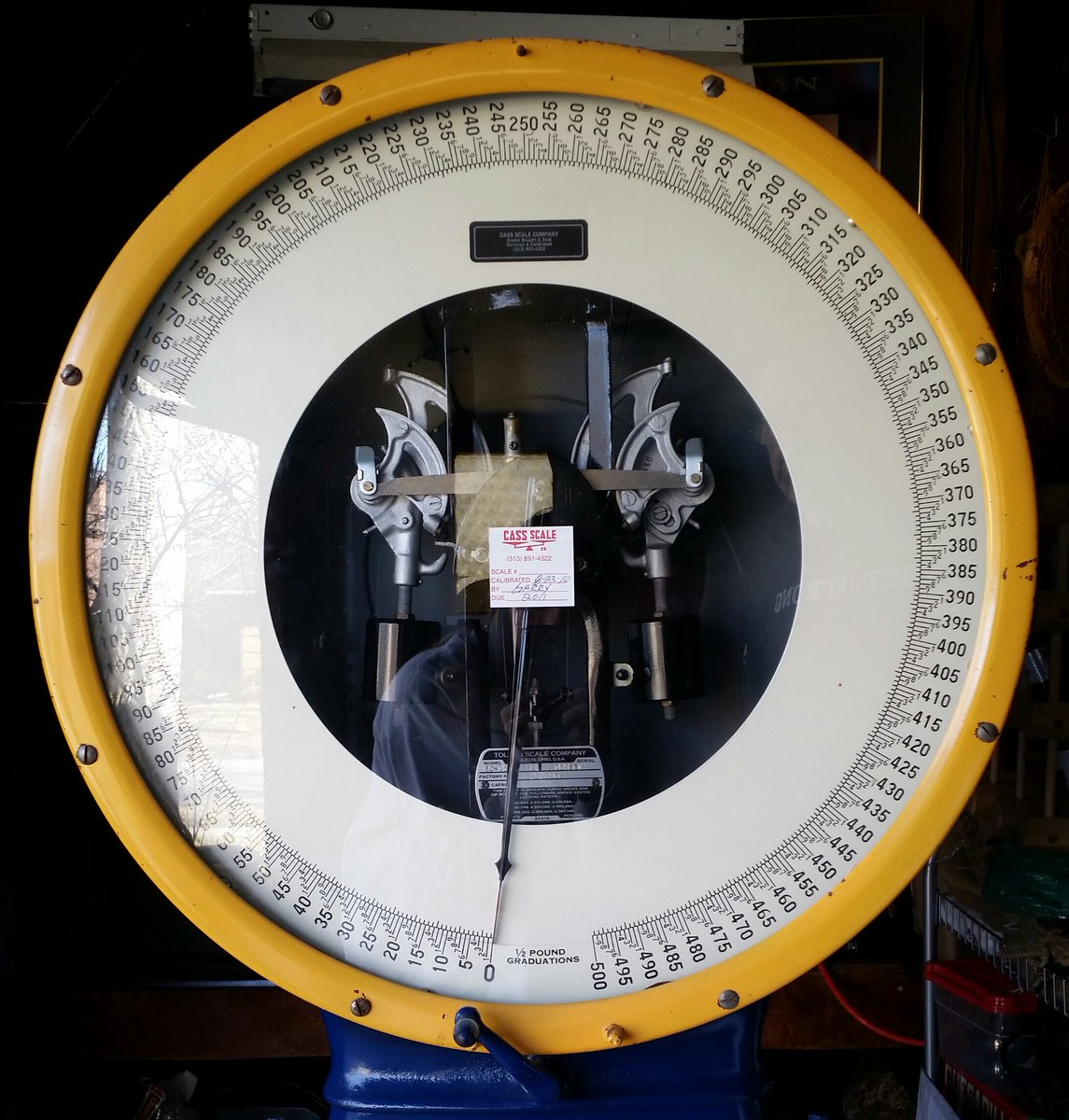 An assistant strength coach meticulously adjusted each athlete to assure that the head was resting properly on the scale while being weighed.  Each athletes neck muscles were palpated for indications of contraction while weighing. The purpose was to negate any cheating if one was so inclined.  Science at it's worst, entertainment at it's best.

Each player was formerly and dramatically introduced, their football position rendered and the head's weight clearly and loudly announced to the anticipating team amongst their 'ooooh's' and 'aahh's' of delight. The suspected big bulbous heads that led to this controversy were weighed last adding much to the anticipation of those who were the most vocal in the argument.

I think what intrigued me the most was the insane interest that the team had about each of their teammates head scores. Big heavy heads were okay, average heads were okay, but having the heaviest (or now the lightest) was apparently not. Of course, my weighing each head did nothing to really quell the argument, but broadened the controversy as you might guess. It did make for a lighthearted prelude to a difficult run. And without question, it was a wonderful team building experience that brought us all closer together. The earlier tensions, that were becoming personal, turned into all of us making fun of ourselves, and etched lasting memories into our hearts of this silly raucous episode.

Protecting heads, big or small, no matter what they weighed has always been important to me and was always the focal point of my training. I trained the athletes neck three days per week. At the very least, the first exercise of their regime was just that.

Before the advent of the neck machine I used Manual Resistance for training. Reading the old Strength and Health article “A Strong Neck and Powerful Jaw," you can see the precursor to Manual Resistance. Strong men were exercising with self-imposed resistance instead of working with a partner. Adding a partner to assist was a very natural occurrence.

Manual Resistance was a good thing but had its limitations; quantification of results, poor spotters, poor application of technique, and really in actuality upon reflection, a menagerie of other issues that interfered with optimal results.

The factors I disliked the most about manual training had little to do with methodology and everything to do with the huge amount of time involved in teaching and coaching.  When it came to the front of the neck, even with a towel, the athletes sputum on my hands, especially during the flu season, got to me.

The development of the Neck Machine was figuratively and literally a life saver. I ended up with a dozen neck machines in the facility. I was a neck fanatic. A neck freak…

So why spend so much time training this area?.

Having a contact sport or car collision can cause ‘whiplash.' If you have a small cylinder or neck there is potential for more bend during the collision. If the cylinder is bigger there is less bend, so a pencil sized cylinder (neck) of the same material (neck muscle) bends more than a big round 'can' sized neck. The larger cylinder, without question, will dissipate more force. It is a simple reason for training, easy to understand, even if someone hasn’t taken physics.

Also remember neck muscles wrap around the spines vertebrae, vertebral artery and spinal cord. If you want to protect this vital area bubble wrap it with muscle tissue. My job as the strength coach was to protect the athlete and keep the athlete on the field. They don’t forget their helmets at practice and I wasn’t going to forget their necks in training.

The neck is no different, there are several functional units of musculature that move the head and spine differently, and you don’t always treat them as one entity. If you want to fully exercise the neck, can you imagine trying to train the bicep without ever flexing from the elbow?

Here is another thought about neck muscles. When someone strains, lifting an object, such as a power clean, or squats with a barbell, or squats on a machine, you can readily see all the muscles of their neck contract under the strain. The rigid organs, called bones, function to move and support the load. Your neck holds the bones of the upper torso in place, providing support. This allows other groups of your musculature to transfer force and attend to the displacement of the object. When you press a weight it is more than your feet becoming the base for lifting, it is your neck muscles holding your clavicle as a base of support as well. So we therefore can say a strong neck helps move the load.

You need to overload the muscles of the neck to grow, to stabilize, to transfer force, to contract quickly as you would any other muscular group in your torso. To think the muscles of the neck will simply adapt to their ultimate capacity by pulling on objects, or simply shrugging with objects is contrary to the cellular function of the musculature.

I got involved with Rogers Athletic and Tyler Hobson the inventor of Pendulum in building a neck machine, I was excited. I personally can't invent anything but have ideas and understand muscular function. Tyler can translate your thoughts into functional steel that we call an exercise machine. I told Tyler the neck machine must first be a 5-Way Machine. I called him about 2:00 AM in the morning with this thought, needless to say I was more enlivened than he that early in the morning. 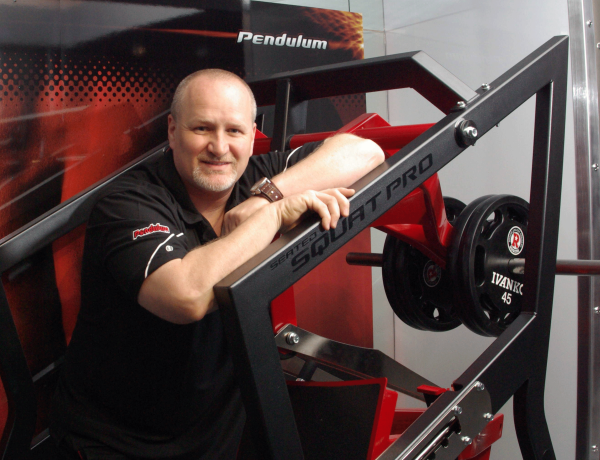 In building a 5-way neck machine, you must have elevation. in other words, you need to shrug or pull. The problem with the shrug is that most people can lift more with their traps than they can hold with their hands. Tyler needed to solve this and come up with a unique strength curve on the shrug to address this situation.

And third, you must have a range limiter with adjustments in the right spots to address the stated issue of functional muscular units, and target specific regions such as the deep neck flexors: the longus capitis and longus coli.

You know what? Tyler Hobson did it. Not only did he create a head and neck machine, but made a training device for rehab, or insanely aggressive neck training like doing 'drop sets.'  And now my own neck, after training with the Pendulum 5 Way Neck Machine, is looking good even as I am losing myofibrils through aging as I write this blog.

Coach up your athletes with experiences that enhance team chemistry, and above all protect your athlete with your training methods for when they take the field....Get Strong.